UNESCO city of literature, second biggest town in Estonia, the city of 100000 students, “city of good folks” for:

the most wonderful hosts at the Supreme Court of Estonia and Tartu county court who opened their doors and hearts for us,

the fantastic hospitality and very informative city tour by Christina  to splendit places in Tartu: 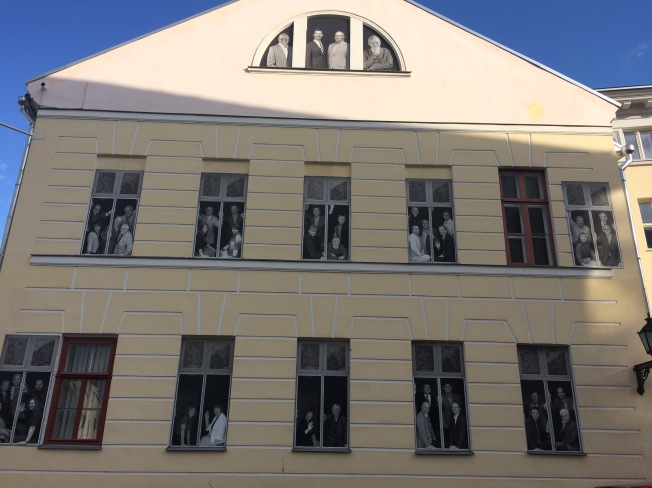 and where the rehearsal of the “Gaudeamus Igitur” was underway right when we entered the building,

– St John Cathedral with its unique statutes which survived the bombings, 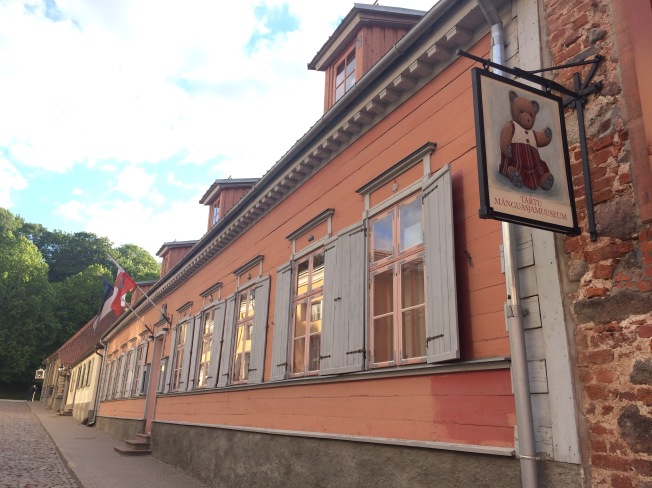 – Architecture which accomodates harmoneously many styles, including soviet signs, 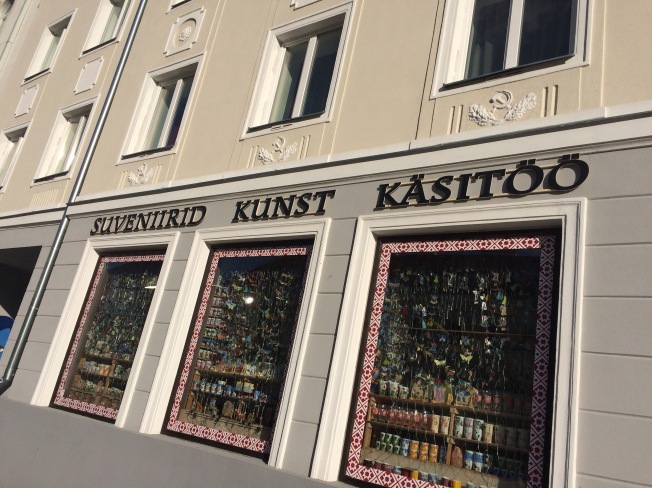 – the leaning building of the Art Museum, which makes the Pisa Tower look straight by comparision

a fun and very enjoyable Babel type dinner – Estonian, Georgian, Russian, German, English spoken by all and at the same time – with exquisite cuisine by the chef at Holm restaurant. The great food and wine revealed Estonians talent of toasting to match the  Georgians talent at toasting,

the humour of street artists, 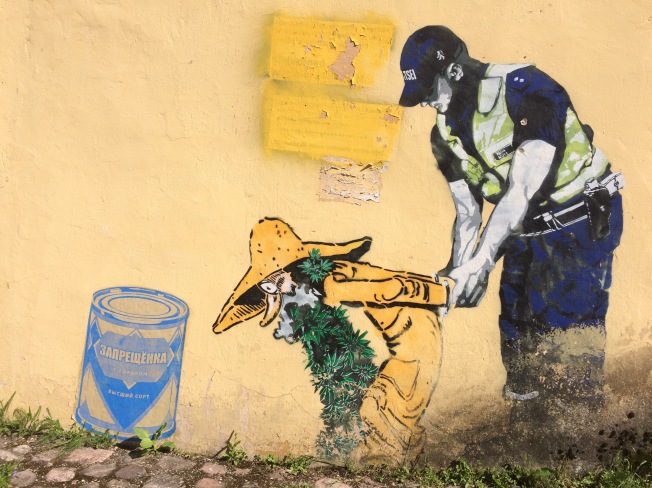 for yet another reminder not to take my self too seriously – in Estonia even the Chief Justice gets a caricature when sworn in office.