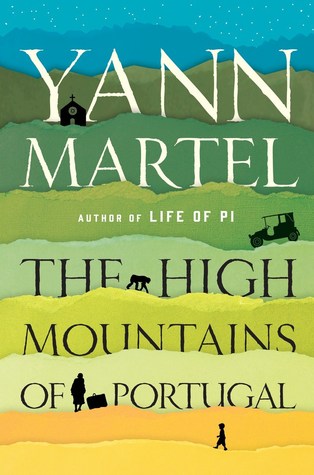 This magic realism novel has three parts – Homeless, Homeward, Home, which, at first, seemed unrelated. Each chapter has a main character: Tomas, Eusebio, Peter. Again, they seem at first unrelated. Page after page, feelings of surprise, sadness, compassion, wonder, despair and of a relentless quest accompanied my reading. “What is this character looking for?” kept popping up on my mind. And on their journey, each of them chose to object.

The first character – Tomas   – objected to the loss of dear ones by back walking in “Homeless”. Another character – a priest – objected to slaves’ life injustices  by having a monkey on a crucifix he donated to a church. In “Homeward” the objection is less explicit until the coroner sews a body shut with the deceased’s wife inside. In “Home”, a senator objects to his wife death by finding companionship in an ape he buys from a research center. They both object to the civilisation by taking refuge in his parents village in the high mountains of Portugal. They all object to the grief which took them away from home, as each understand it.

The multidimensional concept of home appears to me like a bridge between the seemingly unrelated parts. It made my understanding of the trilogy whole and complete. It still left many questions unanswered. But who said magic realism is about answering it all?