My next book choice from my “To Read All Nobel Prize for Literature” project took me to the world of Bernard Shaw.

One hundred years later, George Bernard Shaw’s Treaties on parents and children (1914) may still challenge quite a few minds and ‚values’. So get ready for a mental earthquake, if a combination of dramatic, comic and socially corrective attitudes are not an usual spot for you, as a reader. 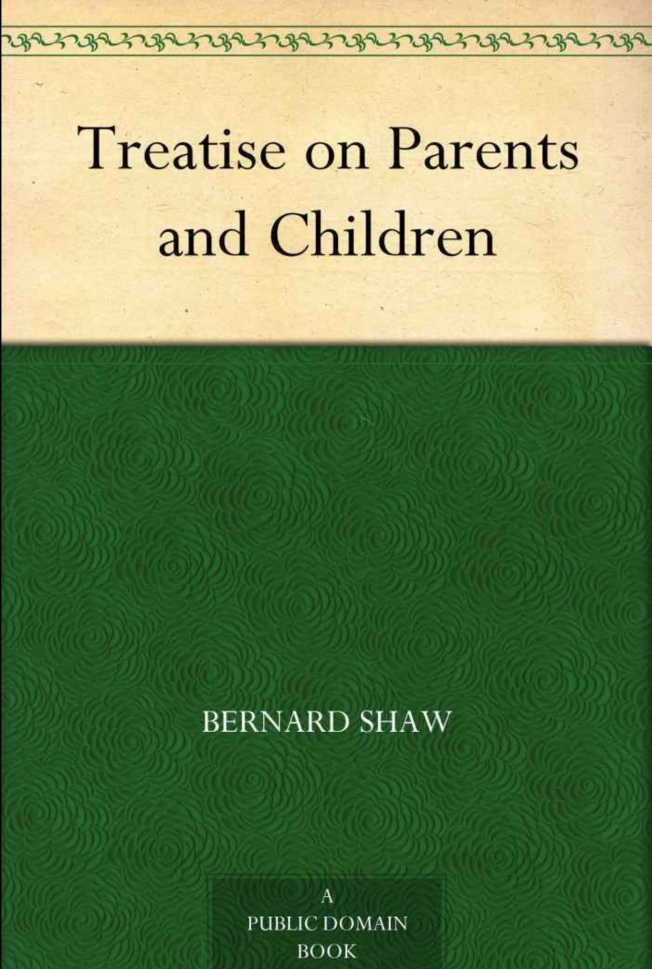 His ability to capture the essence of parents- children relations with no hypocrisy attached is what made me an immediate fan. Much comes from his childhood.”A benefit to the child may be a burden to the parent, but people become attached to their burdens sometimes more than burdens are attached to them, and to ‚suffer little children’ has become an affectionate impulse deep in our nature”.

In the book, and as one can see from his biography, he is a fierce advocate of children’ rights and the essence of his beliefs about children is that a child is an experiment, not of parents, but of the Life Force. He asks for Sense, not Logic, in dealing with children. You’ll find a call there for a ‚Child’s Magna Carta’ determined by the English realities back then, which is valid even today given global realities.

It’s amazing how a piece written one hundreds years ago still resonates with what is happening in the today’s education system in many, if not the majority of, places on earth. But I assume this is what it’s called a work of a genius. I would say it’s a must read piece for any minister of education and all school masters.  His quote ‚Some men see things as they are and say why. I dream things that never were and say why not ” says quite a lot and, from what the ‚Treaties’ illustrates, in a plurality of areas and topics.

If in doubt about this piece’s modernity, read this: „As I write these lines, the Home Secretary is explaining that a man who has been imprisoned for blasphemy must not be released because his remarks were painful to the feelings of his pious fellow townsmen” and will capture immediately the parallel with what happened to Pussy Riot in Russia in the year 2012.

And yes, Shaw can make a show even hundreds years later, with genuinity and love.